Proceduralism is a very interesting topic in today’s world of modern CGI, a very fascinating trend that’s  bringing us closer to an easier method to share our visions and emotions.

The main scope of my project was to demonstrate how we can create a set-piece that’s 80% or more  completely procedural and with gaming utilization potential. Using only a concept, and storyboard to create  an environment that can be changed at a whim and from which we can spawn different effects - able to  cover different roles.

My inspiration for the project was the beautiful scadinanvian/icelandic landscape with a little bit of alien. 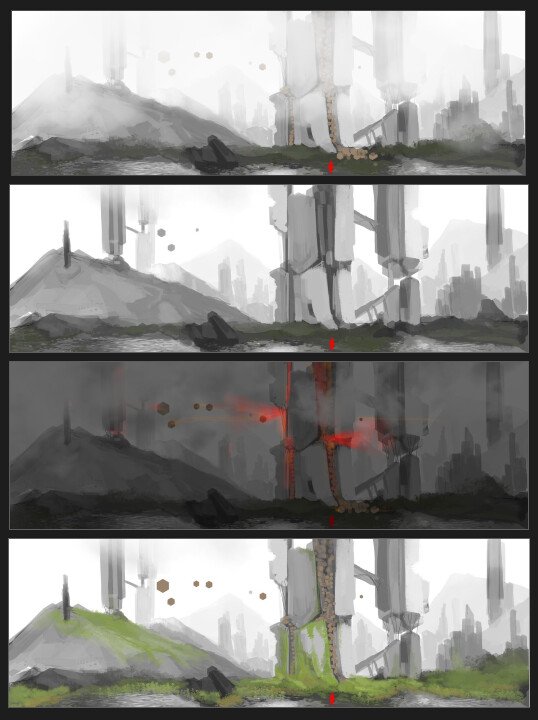 All the buildings are interconnected based on distance, and when they’re close enough they would generate wires between them and simulated using cloth physics/deformation such as vellum. This aspect was optimised based on camera distance, and only closer elements would be simulated making the scene a lot  more fluid. 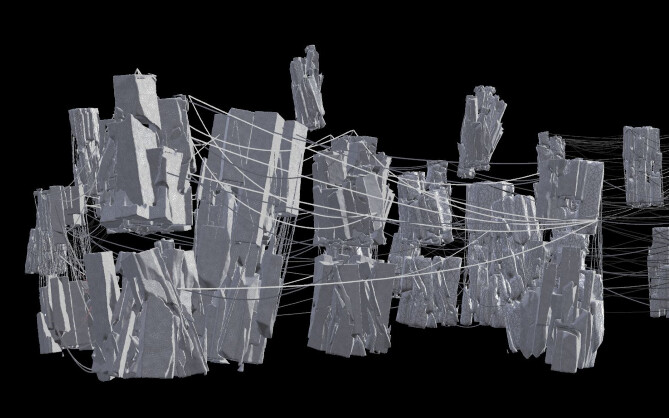 Elements such as mountains were done using heightfields on which everything is scattered on; for a more  realistic feel I’ve used a feedback loop to raise the ground in areas were there are stones and buildings -  creating a more believable connected environment. 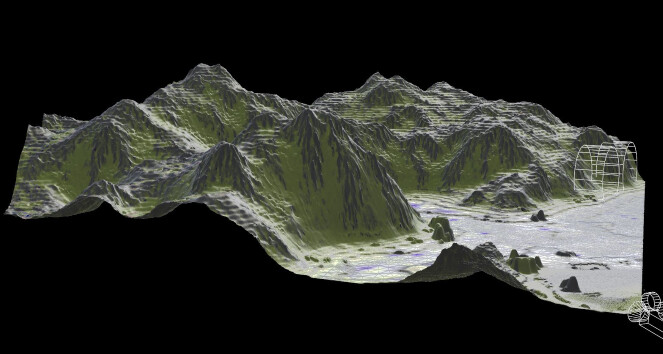 "Heightfield for the backdrop, closer elements are converted to polygons with the texture attributes from the heightfield"

Particles were used for the drone crowds, made using a point cloud to track the nearest building and climb.  Some buildings were given higher value so they’re more incentivised, in this case the foreground building  had the highest value due to artistic reasons. This simulation can then be used in soft body or hard body  contexts such as vellum. In my sim, I chose not to use vellum because it would increase the sim cache size  due to the amount of points and it would add minimal difference to the end result. 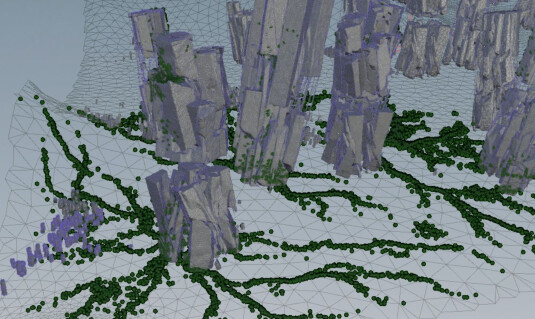 The rolling fog and tertiary fog layers were done procedurally based on peak heights, with RBD spheres to falling down the mountain sides. Spheres would create a trail that would then be used to emit smoke  particles, due to the look of real life rolling fog - I had to make the ends get more narrow and the middle parts pop out more. 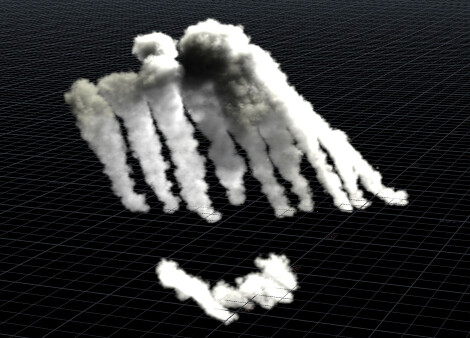